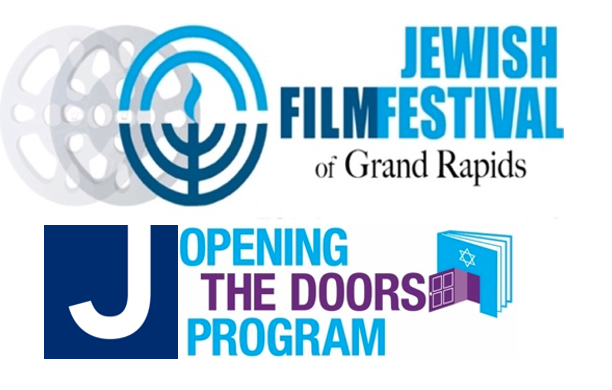 You can now enjoy a recording of our May 5th Special Program!

Award-winning lead Israeli actor, Shai Avivi, and Consul Ariella Rada discuss the making of the tender Israeli drama, Here We Are, and the many universal themes it portrays.  And, of course, watch the film!

Shai Avivi: is a multi-talented Israeli actor, comedian, producer and television host.  A graduate of Tel Aviv University Tisch School of Film, Avivi became a household name in Israel in the ‘90s as a member of The Kameri Quintet (Ha’ch’amishia Ha’Kamerit), the hit satiric ensemble. In his long career since, he has played numerous roles and earned vast acclaim in Israeli film and television. For his performance in Here We Are, he was awarded the 2020 Ophir Prize (the Israeli equivalent of the Academy Award) for Best actor.

Ariella Rada: is the Consul for Economic and Community Affairs at the Consulate General of Israel to the Midwest. Ms. Rada was born to a Jewish family in Ethiopia and immigrated to Israel with her family in 1984. She joined the Israeli Ministry of Foreign Affairs in 2015 and in 2016 was appointed Deputy Chief of Mission of the Israeli embassy to Peru, where she was responsible for politics, press, culture and international aid. Ms. Rada completed her B.A of Government, Diplomacy & Strategy and later an M.A. in Conflict Resolution at the Interdisciplinary Center Herzliya (IDC). In addition to English and Hebrew, she also speaks Spanish and Amharic.

For this year’s festival, we partnered with one of the largest Jewish film festivals in the Midwest: The Lenore Marwil Detroit Jewish Film Festival. Thanks to this year’s unique partnership, our audience will have access to five award-winning feature films (selected by our committee) and to roughly thirty other wonderful Jewish-themed films (selected by the Detroit Film Festival committee).

In addition, we are hosting a not-to-be-missed live, interactive event with award-winning Israeli actor, Shai Avivi, and Consul for Economic and Community Affairs at the Consulate General of Israel to the Midwest, Ariella Rada (details below).

Synopsis: Aharon (Shai Avivi – guest of our May 5th LIVE Program!) has devoted his life to raising his autistic son Uri. They live together in a gentle routine, away from the real world. As Uri becomes a young adult, his mother thinks it might be time for him to live in a group home. Insisting that Uri is not ready for this separation, Aharon decides to run away with his son and hits the road.  Awards & Recognition: Official Selection at the 2020 Cannes Film Festival; Israeli Film Academy (Ophir) Awards: Best Actor (Shai Avivi), Best Supporting Actor, Best Screenplay and Best Director.

Trailer: Here We Are

Synopsis: Becoming a mother at an early age has shaped Asia's (Alena Yiv) relationship with her teenage daughter Vika (Shira Hass). Asia concentrates on her job as a nurse while Vika hangs out with her friends. Once their routine is shaken by Vika’s deteriorating health, Asia must step in and become the caretaker that Vika needs.  Awards & Recognition:  Tribeca film Festival Best Actress in an International Narrative Feature (Shira Hass); Nora Ephron Prize for Filmmaking, 9 Israeli Film Academy (Ophir) prizes, including: Best Film, Best Actress (Alena Yiv) and Best Supporting Actress (Shira Hass); Israel’s official choice for the 2021 International Category at the Academy Awards.

Synopsis:  A lyrical story of the healing power of love in the midst of conflict, loss, and trauma, Those Who Remained reveals the healing process of Holocaust survivors through the eyes of a young girl in post-World War II Hungary. Awards & Recognition: Unveiled at the 2019 Telluride Film Festival; 2020 Hungarian Film Academy awards for Best Picture, Best Director, Best Screenplay and Best Actor; a collection of Jewish Film Festival prizes around the globe.

Trailer: Those Who Remained

Synopsis:  Anat, a pianist and expectant mother, has never lived up to her prestigious musical family’s standards. When her son is born deaf, she will stop at nothing to ensure he does not suffer the same fate. Awards & Recognition: Winner Jerusalem Film Festival for Best Actress; 100% on Rotten Tomatoes.

Trailer: God of the Piano

Synopsis: In this gripping drama, a successful Jewish Italian surgeon confronts his own ethics after refusing to help a victim of a traffic accident he encountered on his way home from work.  Awards & Recognition:  Best Italian Film and Best Actor awards at the Venice International Film Festival.

Trailer: Thou Shall Not Hate

All our films will be accessible for ticket/pass holders on Smart TVs, computers, tablets, etc.

Note: Tickets will be available for purchase starting May 2nd

Provides access to 1 film at a time. Requires a new purchase for each film. The purchased film will be available for streaming for 24 hours from the time of purchase via an emailed link + code.

Provides access to all 5 films in our Series. Requires only a one-time purchase for all 5 films. The films will be available for streaming for the entire week of May2nd- 8th using a Premium Streaming platform.

2)  Once on page: select the WELCOME Grand Rapids Series tab

Provides access to all 5 films in our Series plus to over 30 other films (selected by Detroit). The films will be available for streaming using Premium Streaming platform following a one-time purchase. Subscribers to this option will be recognized on the Detroit Festival web page as Festival patrons.

For More details and to purchase option 3 please click here.

Technical assistance will be available starting May 2nd

Our partner organisation for this event: Jewish Community Center of Metro Detroit / Opening the Doors

We thank The Rosenzweig Coopersmith Foundation and the community members listed below for their generous contributions!

With your help our festival can continue to thrive for years to come!